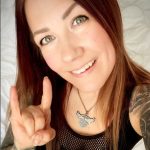 You can not resist the forces of the weather, so it is easiest to become friends with it. The recipe for happiness during the winter is called studded tires! Living above the Arctic Circle but still being able to ride a bike basically all year round makes one feel happy, a happiness I myself have created. It is available to create for everyone, including you! To avoid the depression that can occur after you park the pearl before the winter, it is highly recommended to try, but then it may not be something for everyone.

It has been a lot of miles in Jämtland, Västerbotten and Norrbotten this winter and I must say that the winter season has been fantastic! For example, to open your eyes one morning in March, check the temperature -6 ° C, the snow is white all the way to the horizon and there a clear blue sky takes over. The sun is shining and it is starting to smell like spring in the air. That just that morning happens to happen on a day when you are free, at home and the bike is standing there with the studded tires on and waiting to be started is like winning the lottery. Up to jump! Immediately put on your clothes and hurry out to warm up the bike. The hours of the day when it is bright and reasonably warm are scarce. Must not eat a banana and a piece of bread without anything on while the heating is ready.

A small day trip up to Nikkaluokta is absolutely perfect on a day like this. About 160 km (100 miles) round trip. The road between Kiruna and Nikkaluokta is one of the worst I know, next to a really bad side track I ended up on at Hoting a few years ago. But the spectacular views you get to see over the Kebnekaise massif on the way up make one forget such petitesses. It's almost a bit mesmerizing, it must be like ending up where people say you should end up when you meditate, I myself have never been there but this must be a meditation of 80 km (50 miles).

After some parts of the road you see the top of Kebnekaise, Sweden's highest mountain. You can see some watercourse that is starting to crack and many have taken the scooters on trailers and unloaded along the roadside to be able to get out and pimp, grill and enjoy the sun that has begun to return strongly after hibernation. This is the best time up here. You kind of wake up to life after the darkness of winter. I have the road almost to myself, I meet a single car that is on a roll and someone clean who does not know in which direction it is going. The laying of the new power line was not immediately conspicuous as it destroys the feeling of being out in the wilderness, but everyone must get their chance for curly hair. 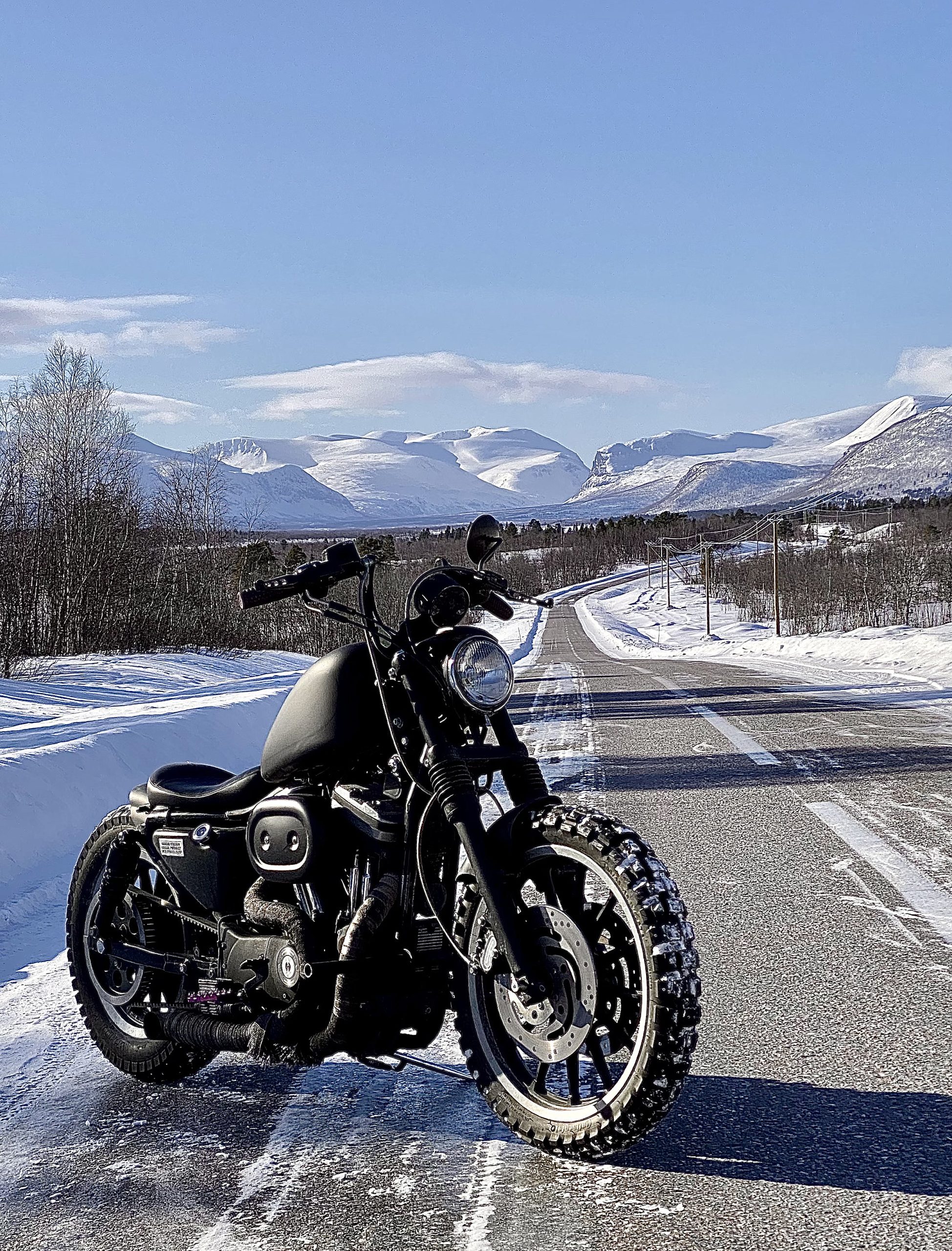 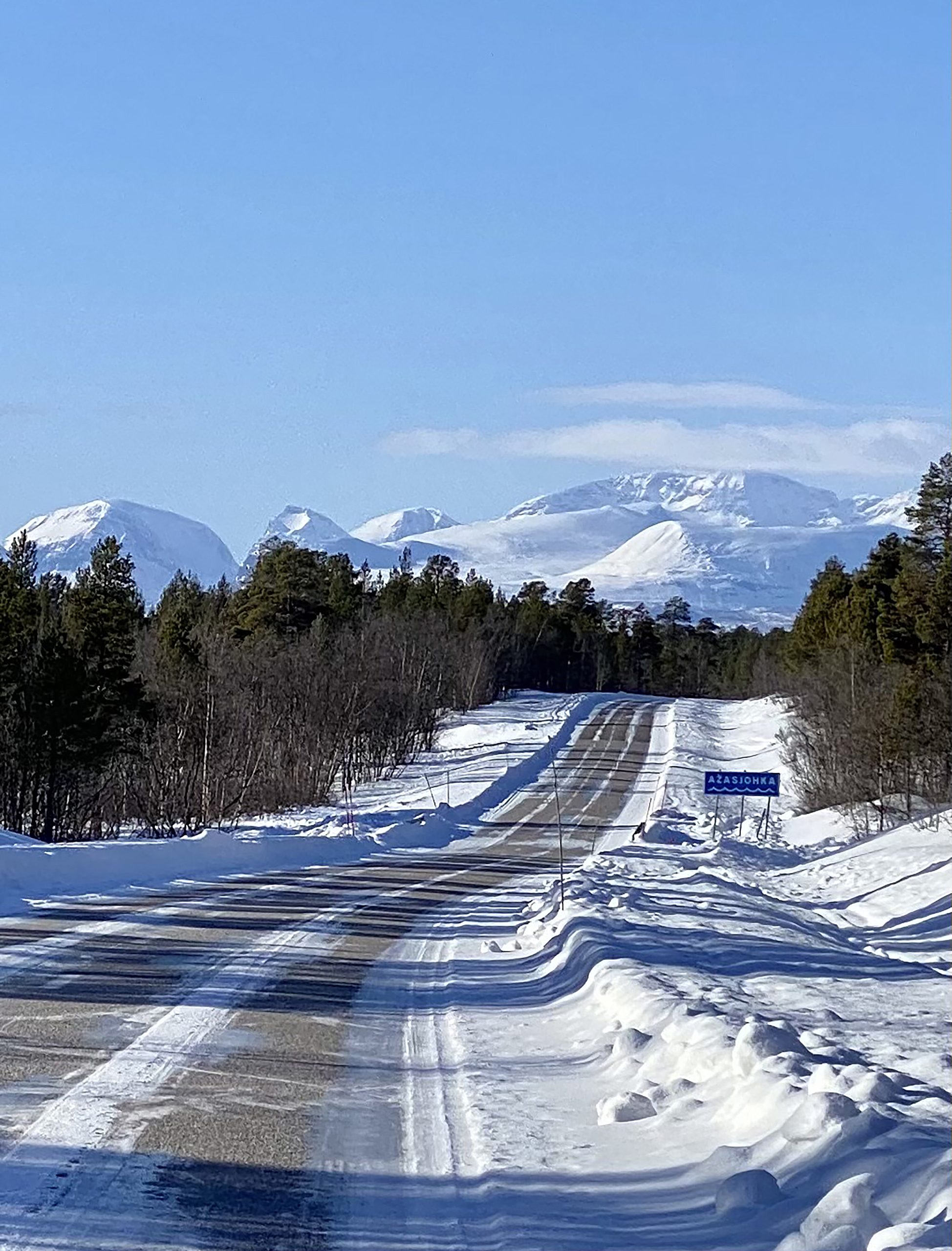 The views widen and once in Nikkaluokta I see that the restaurant is open, YES! I first go up to a chapel located on a hill some distance from the restaurant. It does not look so strange when you first approach it, but the higher up on the hill you get, a heartbreaking panoramic view of the mountains appears. I sat there and "lived in the now" for a long time, or wondered if I had ended up in some meditation stage because suddenly I smoked and I began to feel how cold I had become. The clock had ticked on and the sun was beginning to shine on the strongest rays of the day. 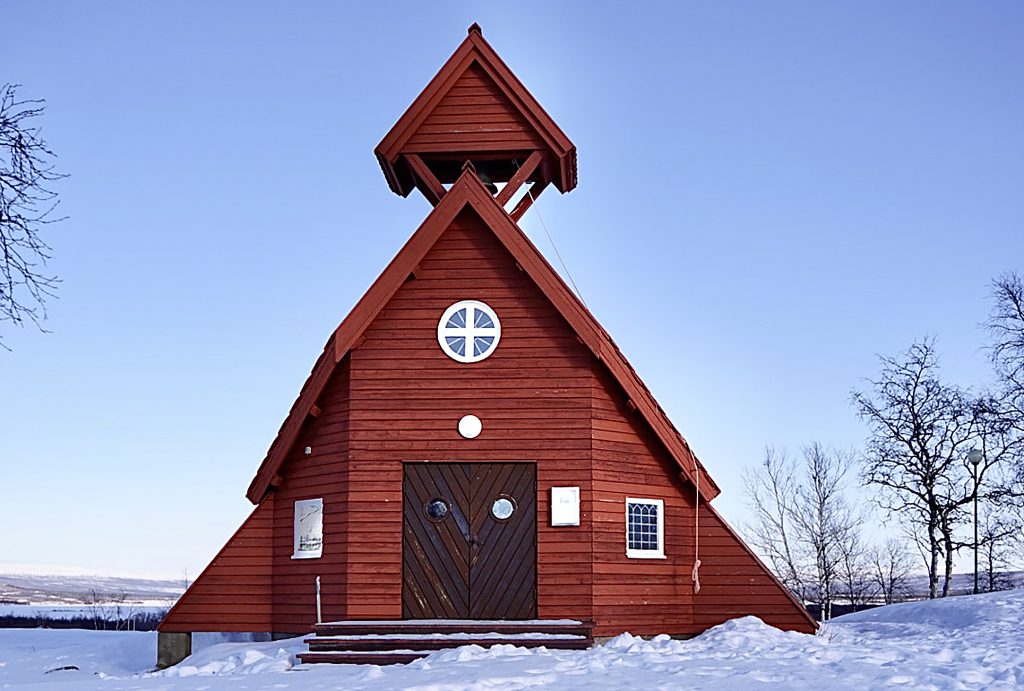 Back in the restaurant, I realized that I do not have time to eat anything if I want to go back before daylight is over, but they were able to quickly fix a gluten-free muffin and some hot chocolate made from almond milk. Cannon! So nice that more and more places have stuff you can eat even though you have allergies. When I was sitting there philosophizing with my coffee, Hammarström appeared out of nowhere, an old friend I had not met in many years when we no longer live in the same city. Funny that we would be there at the same time. We went through life a little fast and until the next live update we get to continue studying them via social media. Today's society, ohh yes. 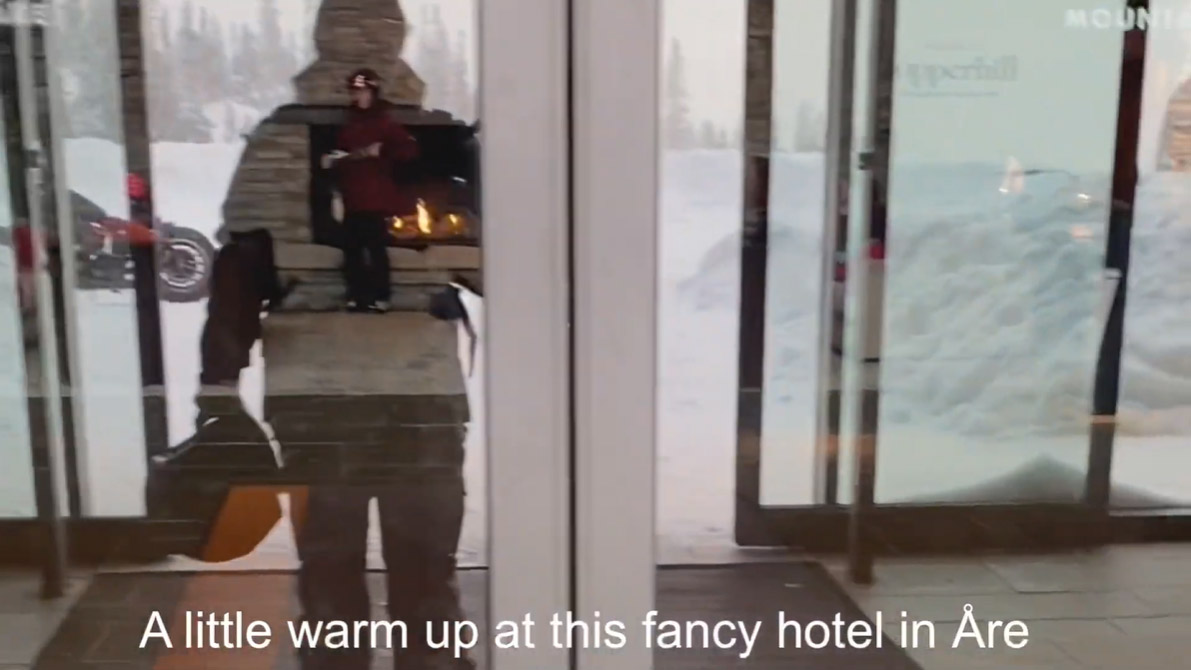 They informed me in the restaurant that it was now -15 C degrees on their thermometer so I immediately put on all the accessories and started the bike. The last mile I shivered, I had made the usual mistake so I got a gap in my throat, the buffs had slipped down and they could not be pushed back under the helmet. Then there was a car with a trailer behind me so of course I refused to slow down, which did not make the cold less noticeable.

It almost got dark before I parked the bike, hurried in to light a fire so my body could thaw. When I looked out the window later in the evening, the sky was completely green from a northern light that lasted for as long as I wanted.

It is actually really great to drive in the winter, you do not have to drive on the days it is -25 C or when the snow removal is behind. It is so incredibly beautiful to drive around on snow-covered roads and the white landscapes spread out. The joy of finding a café that is open when you are in the wilderness and driving is unbeatable because you are guaranteed to be a little cold, the moisture that rises in an open watercourse on a cold day when the sun is on is magical to see, the creak under your feet reveals that is at least -10 degrees, the happiness that occurs when the handle heaters suddenly start working again. You learn to appreciate the little things.

In today's society where we just have to consume things and make it as comfortable as possible, it may be difficult to see the fascination in this, but it is a wonderful feeling of freedom to be able to appreciate all the seasons of the year. It's all about the mindset. Think of not having to sit and whine through the winter and instead look forward to what inevitably comes every year, SNOW!

It's barren, it's cold, it's long distances without seeing any other living creature, it's a lot of snow and long winters. But probably all life above the Arctic Circle has its charm.

"If you want to see more about my trips, it can be seen on youtube, " Let's ride! With Bikerida ”is the name of my channel. You can also see more photos and video clips on my instagram @bikerida_ ”