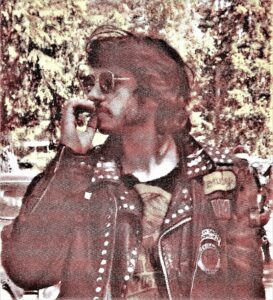 Someone asked me to write about how it started. Who were the first? What did they do? What were they thinking? How did it all start?

Who was the so-called “MC gang” in Trondheim’s motorcycle community in the seventies?

In 1974, the motorcycle gang in Trondheim got their own clubhouse; The legendary clubhouse, Brakka.

The biker community in Trondheim found its final form when the H-D took over the city. As is well known, 1200 cc is the same as 74 cubic inches, a position Harley-Davidson had as the world’s largest series-produced motorcycle for many years. This is how we can talk about the time before and after – the 74.

This story is about the many who helped lay the foundation for the biker culture as it is today in Norway. Many mentioned, but also much forgotten.

– And deap in my soul
beneath all the pride
I remember it all –
what happened – I hide!

The fog of nostalgia softens most things. One of Hunter S. Thompson’s statements reads: “The Sixties were an era of extreme reality. I miss the smell of teargas. I miss the fear of getting beaten. ”

Bor i Norge abonner her

Bor i Danmark abonner her 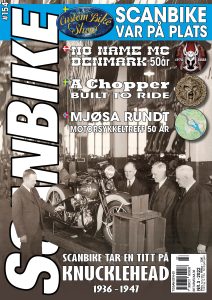